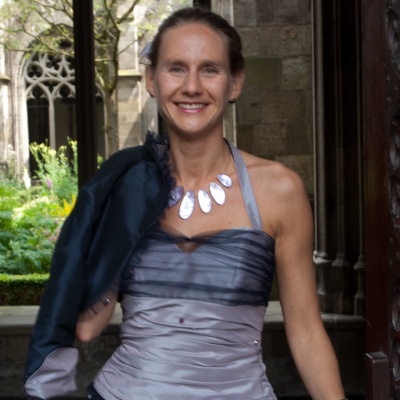 Emergency Physician in the Netherlands.

Before starting her emergency medicine residency, Dr. Backus performed several years of research, resulting in her PhD in 2012. After developing the HEART score with cardiologist Jacob Six, she was the lead investigator for studies validating the HEART score. Her work has transformed our practice and changed the evaluation of chest pain at emergency departments worldwide. Dr Backus has co-authored three books on cardiology and emergency medicine. She is a mother of two daughters and still an inspired researcher. 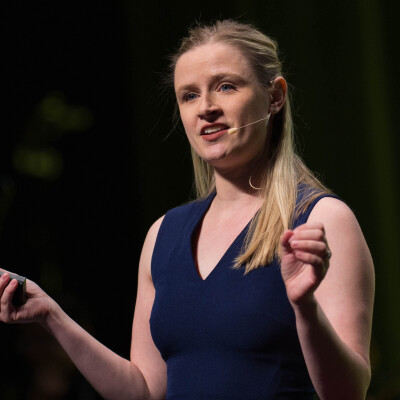 Jenny Beck-Esmay is an Emergency Medicine Physician and Assistant Residency Director at Mt. Sinai St. Luke’s-Mt. Sinai West in New York City. Jenny received a degree in drama from the Tisch School of the Arts at New York University, completed medical school at the University of Minnesota and returned to NYC to complete residency at NYU-Bellevue. She is passionate about emergency medicine education and the FOAM movement and is proud to have contributed content to numerous FOAM resources. Jenny is Editor-In-Chief of FemInEM, Associate Editor of R.E.B.E.L. EM, Co-Host of the Rebel Core EM podcast and a contributor to EM:RAP and UC:RAP. In her free time, Jenny enjoys reading sci-fi, fantasy, and comics and enjoying delicious dinners out with friends. 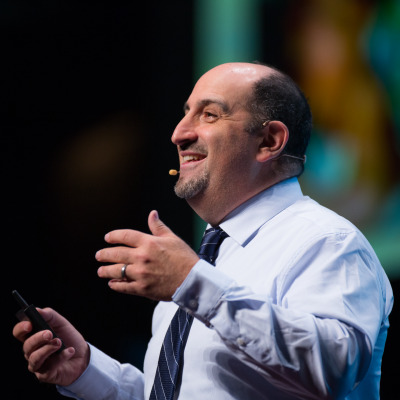 Dr. Behar is a native of Las Vegas, Nevada and a Graduate of The University of California, Berkeley and University of Nevada School of Medicine. He trained in Pediatrics and Pediatric Emergency Medicine at Children’s Hospital, Los Angeles, served as Chief Resident there and brings a wide variety of clinical experience in Pediatric Emergency Medicine to the table. As the father of 3 children, he’s got street cred when it comes to kids and is thankful that most of you enjoy caring for self-destructive adults so that he doesn’t have to. 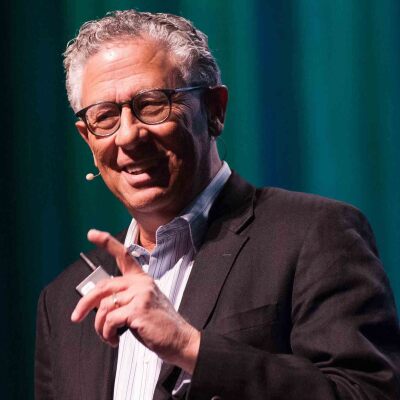 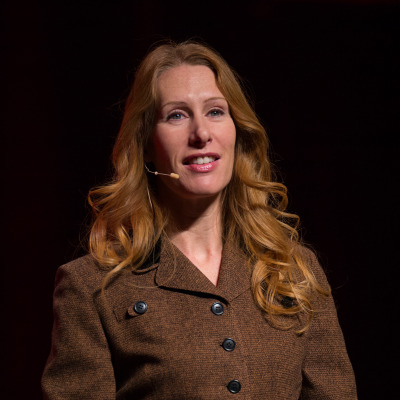 Dr. Claudius attends in the Emergency Department at Harbor-UCLA. Her research interests include adolescent mental health and mass casualty triage for children. 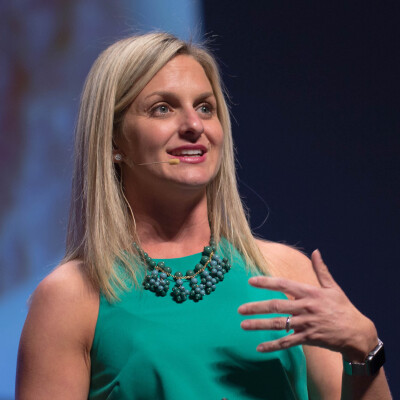 Brittney DeClerck is board certified in Dermatology and Dermatopathology. Sub-specializing in dermatopathology, Dr. DeClerck is an expert in the microscopic diagnosis of skin disorders, including skin cancers and inflammatory skin diseases. She has an interest in complicated medical dermatology, with particular interest in cutaneous lymphomas, inpatient dermatology, and skin cancer. When she is not ridding the world of the scourge of skin disease, she hangs out with her husband and two kids and hopes to one day be an American Ninja Warrior. 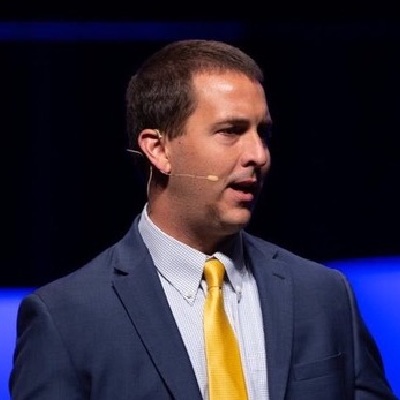 Dr. DeLaney graduated from the University of South Alabama, completed his residency in Emergency Medicine at Maine Medical Center in Portland, Maine in 2011 and worked in the community before joining the faculty at the University of Alabama at Birmingham. He has completed the ACEP Teaching Fellowship, is a contributor to various educational podcasts, and is a frequent lecturer at national and international conferences. 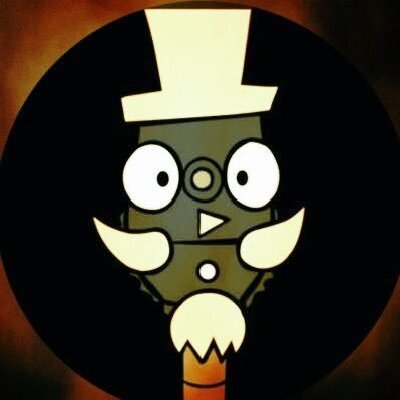 Will Flanary is an ophthalmologist, writer, and comedian who moonlights in his free time as “Dr. Glaucomflecken,” a top hat wearing, mustachioed cartoon ophthalmoscope who has become a leading voice in ophthalmology on social media. Effortlessly blending humor with education, Dr. Glaucomflecken spends his time educating audiences on a wide range of topics, from navigating the confusing world of over-the-counter eyedrops to the horrifying consequences of sleeping in contact lenses. His writing has been prominently featured on the popular medical satire website Gomerblog.com, The Ophthalmologist, and, believe it or not, The British Medical Journal. 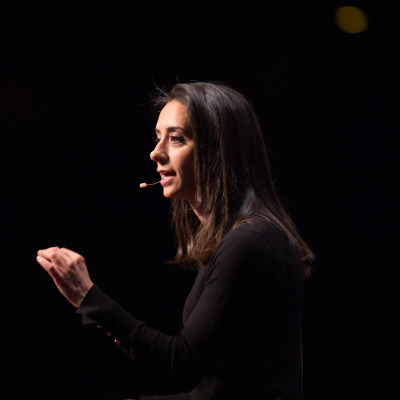 Dr. Hedayati is heavily invested in the training of her 68 residents so that they can take good care of her in her old age. She is also currently pursuing a Masters in Education for Health Professionals at Johns Hopkins. She lives in Chicago with her 10 year old daughter, 3 year old dog, and loves to travel the world. 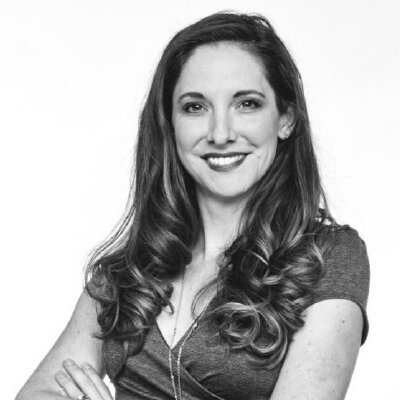 Dr. Hope has been nominated for an Arnold P. Gold Foundation Humanism in Medicine Award and enjoys teaching in the classroom as well as at the bedside. She graduated from Michigan State University's College of Human Medicine and is a loyal Spartan fan! Dr. Hope is passionate about health promotion, empowerment and using evidence-based truths about human nature to improve habits and healthspan. She is a frequent volunteer at local homeless shelters, community centers, and senior citizen group meetings, sharing her enthusiasm about wellness and confidence. 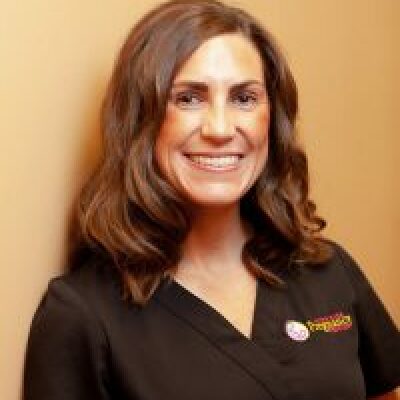 Dr. Jones is a native of Kansas City, KS and a graduate of University of Kansas School of Medicine. She trained in Obstetrics and Gynecology at Banner University Medical Center in Phoenix, AZ and completed Maternal-Fetal Medicine fellowship at the Ohio State University. She joined the High Risk Pregnancy Center in Las Vegas, NV in 2017. Dr. Jones has a commitment to teaching medical students and residents along with her patients, and she enjoys working in a team approach to care for mothers and babies during complicated pregnancies. As a former collegiate softball player, she still enjoys being active, running, and hiking. 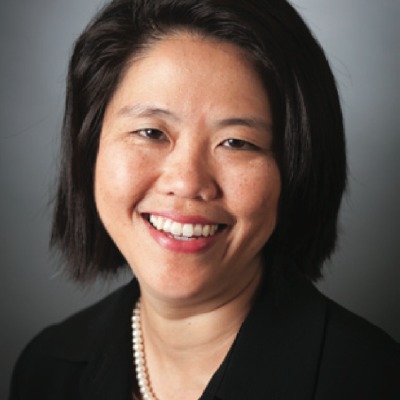 Dr. Lin is an Academy Endowed Chair for Emergency Medicine Education and Professor of Emergency Medicine at the University of California, San Francisco. By night (because I only work night shifts), I am all about traditional academics. By day, however, I am the Editor-in-Chief of Academic Life in Emergency Medicine (ALiEM), which is a blog-based volunteer organization. Since its inception in 2009, the site garners over 1 million views annually and has since launched exciting endeavors including global online journal clubs, the ALiEM Chief Resident Incubator program, virtual fellowships, and publications on digital scholarship. 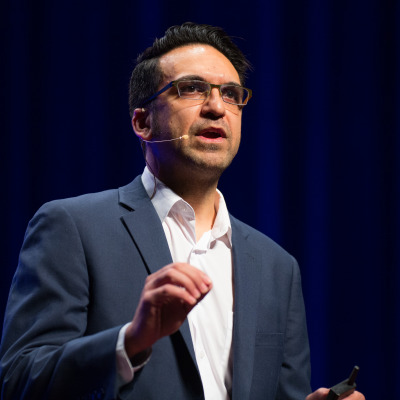 Haney Mallemat splits his clinical time between Emergency Medicine and Critical Care, but he is always focused on medical education and the use of bedside ultrasound to improve patient care. He has been a guest on several EM and Critical Care podcasts and lectures both near and far. 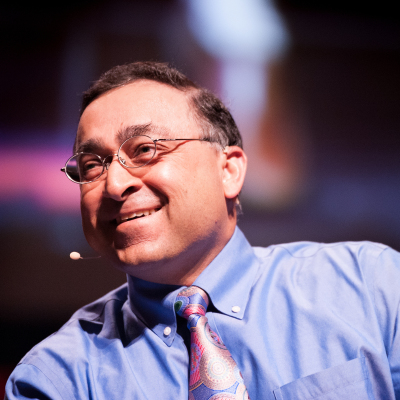 Professor, Vice Chair of Emergency Medicine at the University of Maryland School of Medicine 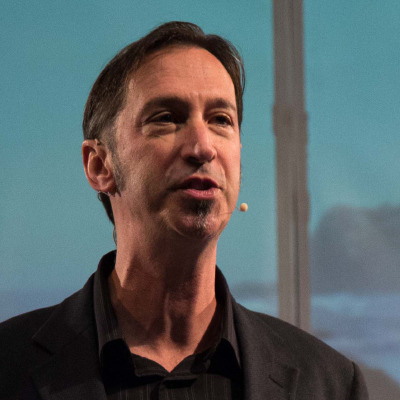 Dr. Moran is board certified in Emergency Medicine, Internal Medicine, and Infectious Diseases and completed all his postgraduate training at UCLA. He is particularly interested in infectious disease problems in the Emergency Department. Research interests include community-associated MRSA, pneumonia, skin and soft tissue infections, urinary tract infections, infection control, and nonsurgical management of appendicitis. Research publications have appeared in JAMA and the New England Journal of Medicine. Dr. Moran is a co-investigator for EMERGEncy ID NET, a nationwide network of emergency departments developed in collaboration with the CDC for the study of emerging infectious diseases. He is a frequent lecturer nationwide at educational programs regarding infectious diseases in the emergency department and is Associate Editor for Annals of Emergency Medicine. He was also medical advisor for 5 seasons of the NBC television program “ER”. 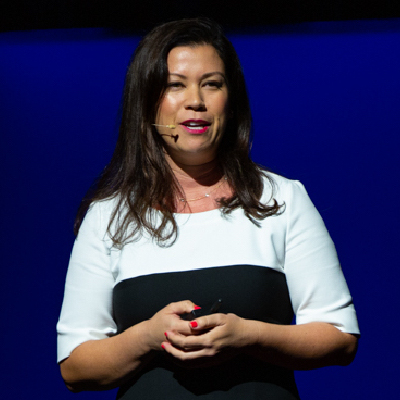 Dr. Mizuho Morrison is a board-certified Emergency Medicine physician who works clinically in Southern California. She enjoys the balance of working in both an academic setting at Los Angeles County + USC Keck School of Medicine, and in the community for Southern California Kaiser Permanente. In the educational realm, Mizuho started out her career in podcasting, and served as Editor-in-Chief of podcasts at Hippo Education for five years. She now is the Senior Director of Medical Education at Hippo Education; Executive Editor for UC:RAP & Co-Director & Co-Host of Essentials of Emergency Medicine. She is not only a national lecturer, but is an advocate for medical educator development & enjoys helping others grow to strengthen their voice and platform. 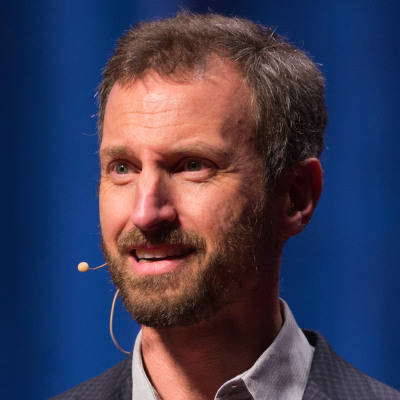 A multiple award winning educator and lecturer, Dr. Orman is the host of Essentials of Emergency Medicine and the ERcast podcast where he distills complex ideas into useable nuggets. His goal with ERcast is to demystify aspects of medicine that make us anxious, normalize the seeming insanity of the job, and dissect the practices and thought processes of masters in the field. 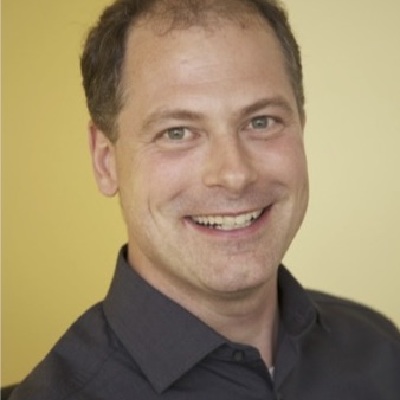 Dr. Perry completed the family medicine residency program at the Memorial University of Newfoundland and emergency medicine residency at the University of Manitoba and subsequently completed the Emergency Medicine Research Fellowship at the University of Ottawa, and obtained his Master of Science in Epidemiology in 2002. He previously held a Canadian Institutes for Health Research New Investigator Award and an Ontario Ministry of Health Career Scientist Award. He is a peer reviewer for several granting agencies and journals. Dr. Perry supervises masters students in the Department of Epidemiology. Dr. Perry's research program is now very well-established and his publication list has grown to over 150 peer-reviewed publications. His major research studies have been in the area of neurological emergencies. He has lead several large multicenter prospective clinical decision rule studies to improve care for patients with headache, subarachnoid hemorrhage (SAH), elderly patients with minor injuries at risk for subsequent functional decline and transient ischemic attack (TIA). 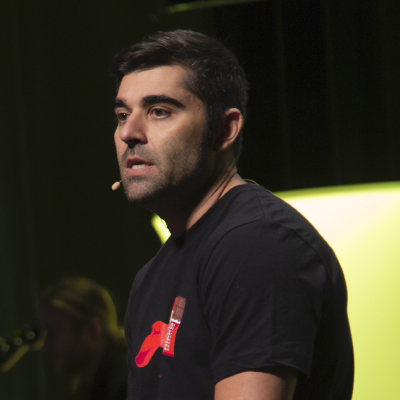 Salim completed his medical school training at Texas A&M Health Science Center, and continued his medical education with a combined Emergency Medicine/Internal Medicine residency at East Carolina University. Currently, he works as a community emergency physician at Greater San Antonio Emergency Physicians (GSEP), where he is the director of clinical education. Salim is also the creator and founder of REBEL EM and REBEL Cast, a free critical appraisal blog and podcast that try to cut down knowledge translation of research to bedside clinical practice. 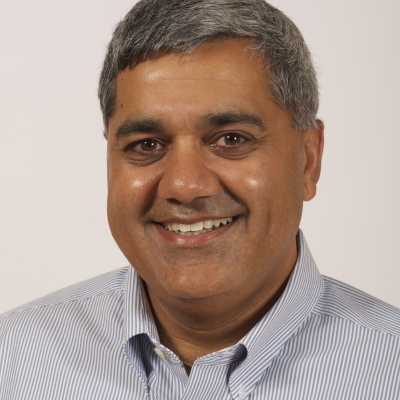 Arun has been an emergency physician at North York General Hospital - a busy community teaching hospital in Toronto - since 1993. In 2005, he added weekly work in the Minor Fracture Clinic seeing Minor ED Ortho patients in follow-up. Spending a lot of time with orthopedic surgeons (not as bad as it sounds - really!) highlighted not only which ED orthopedic injuries get missed/mismanaged, but helped to understand the 'why'. 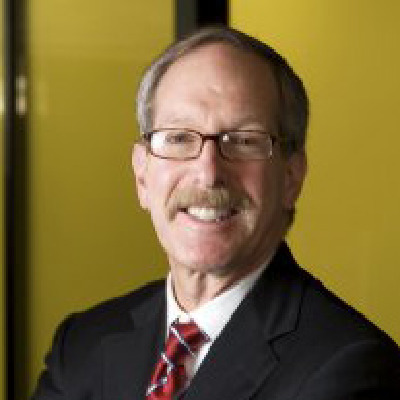 Dr. Slovis has completed residencies in Internal Medicine and Emergency Medicine at Emory University and Grady Memorial Hospital in Atlanta, Georgia. He is board certified in Internal Medicine, Emergency Medicine and most recently in Emergency Medical Services. He serves as the Medical Director for Metro Nashville’s Fire Department and Nashville International Airport. Dr. Slovis has received numerous teaching awards including the Judith E Tintinalli Outstanding Contribution in Education and the Outstanding Speaker of the Year by the American College of Emergency Physicians, the Hal Jayne Award for Academic Excellence by the Society of Academic Emergency Medicine, and the Peter Rosen Award by the American Academy of Emergency Medicine for outstanding contributions in the area of academic leadership. He has been named Medical School Best Clinical Professor seven times, and has been awarded the title Master Clinical Teacher by Vanderbilt University School of Medicine. In addition to his teaching activities, Dr. Slovis has authored more than 100 medical articles and 50 book chapters and has also co-authored or been an editor of 3 books. 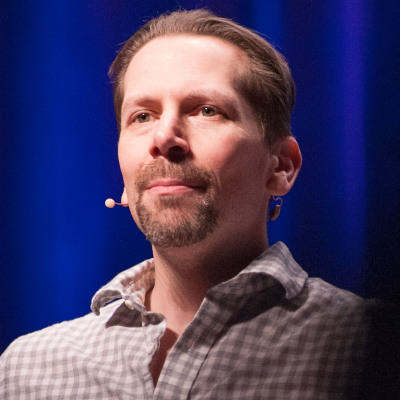 Scott is an ED Intensivist from New York. He did fellowships in Trauma, Surgical Critical Care, and ECMO. He is best known for talking to himself about Resuscitation and Critical Care on a podcast called EMCrit, which has been downloaded > 20 million times. 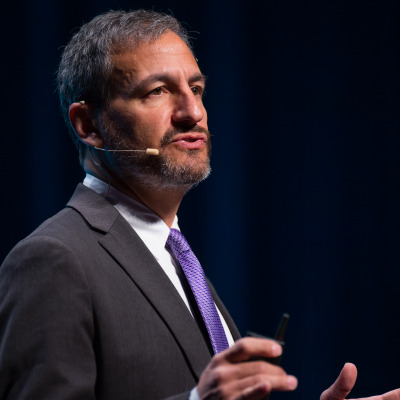 Mike is the Associate Program Director at the Adena Emergency Medicine Residency and Professor of Emergency Medicine, Adjunct at the Wexner Medical Center at The Ohio State University. He has lectured nationally and internationally on medical topics and patient safety issues and is the editor-in-chief for UC RAP, the risk management section editor for EM RAP, and has contributed to ERCast and Risk Management Monthly. He is the author of the Bouncebacks! series of books and with Scott Weingart and Kevin Klauer published Bouncebacks! Critical Care in 2019. Michael has practiced medicine nationally and internationally including volunteer work in Papua New Guinea, Nepal, and the West Indies. Research interests include ED evaluation and management of chest pain, patient safety, and EM medical education.